Man Behind The Unique Business Ideas Of Ratan Tata 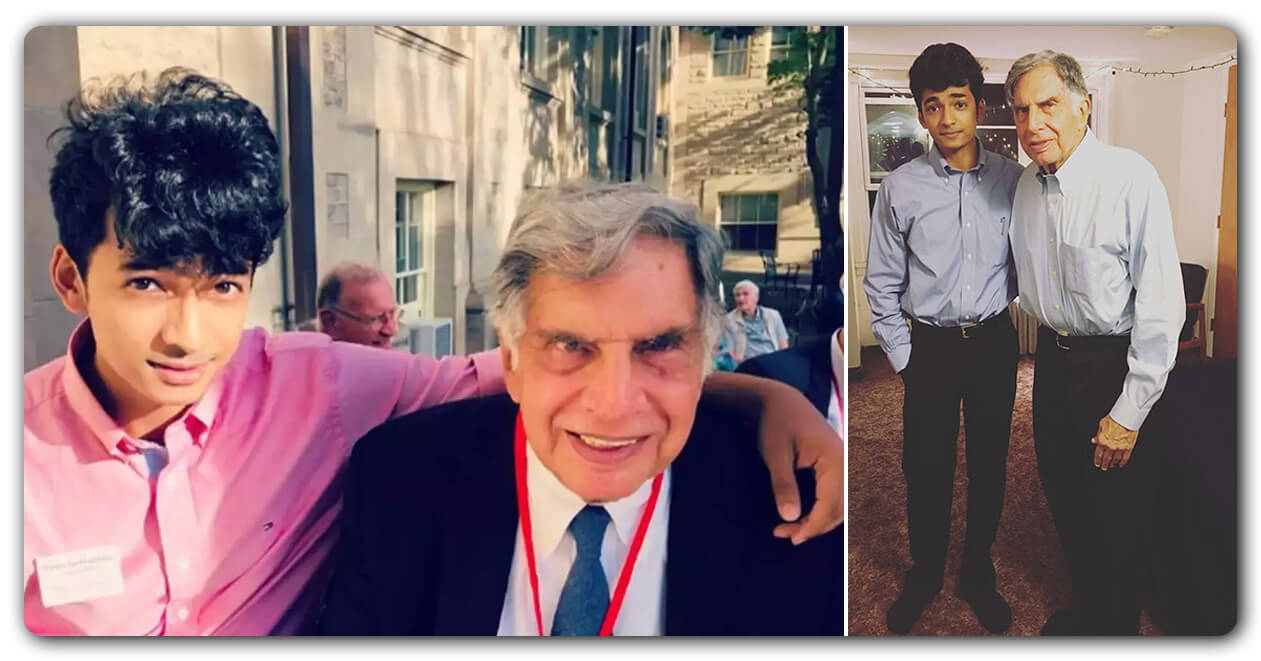 Ratan Tata: Shantanu Naidu who is 28-year-old assistant of Ratan Tata, became famous after a video of the Tata Group Chairman Ratan Tata cutting his birthday cake hit the internet.

Harsh Goenka, the Chairman of RPG Group, had also tweeted the clip on the company’s official Twitter account.

Shantanu is a fifth-generation Tata professional, and while his family has a long professional relationship with the Tata brand, he is the one to work more closely alongside Ratan Tata personally.

He has graduated from the University of Pune with a bachelor’s degree in mechanical engineering and joined Tata Elxsi as just a junior design engineer.

Shantanu took the initiative for Motopaws, the organisation that would transform his life, at this period. As a young engineer, he used to have to work night hours and saw dogs being driven over by automobiles on the street. 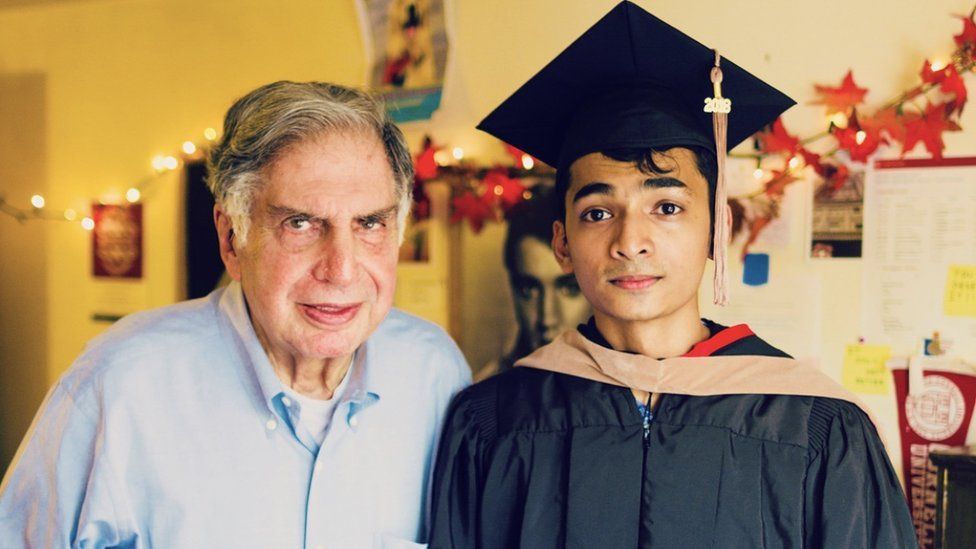 When he started to figure out why this was happening, he ended up interviewing 80-100 frequent drivers in the neighbourhood. It was occurring, Shantanu discovered because humans cannot see the dogs at nighttime.

Shantanu worked on building ‘glow-in-the-dark’ collars for dogs that would make them visible from a distance in order to protect them and therefore formed the nonprofit Motopaws to pursue his effort.

Because the project’s budget had initially been insufficient, the group utilised denim pants as the primary material for the collars, which they collected from nearby houses. 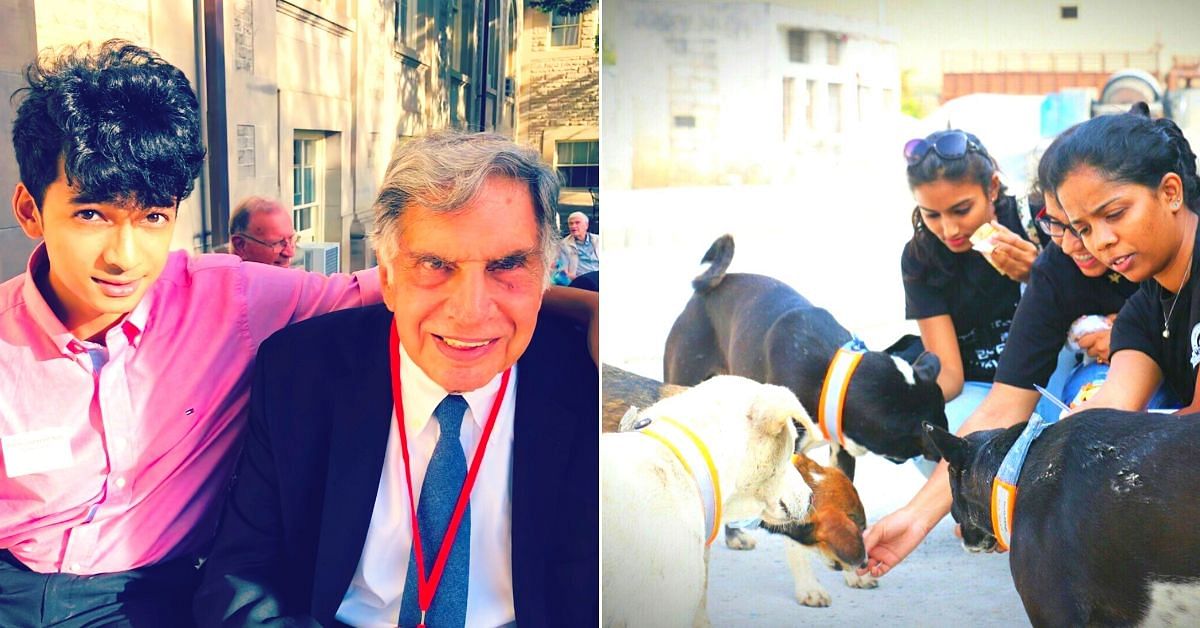 After kicking off the procedure, Shantanu and his colleagues made 500 collars for the dogs.

As the effort grew in public, it was featured in the Tata company’s newsletter, which led Shantanu to a personal invitation from yet another dog lover: Ratan Tata, personally.

Shantanu left India soon after to study in the United States at Cornell University, Tata’s alma mater, and Ratan Tata was also present during the graduation ceremony. Shantanu returned to India and began working as Tata’s business assistant. 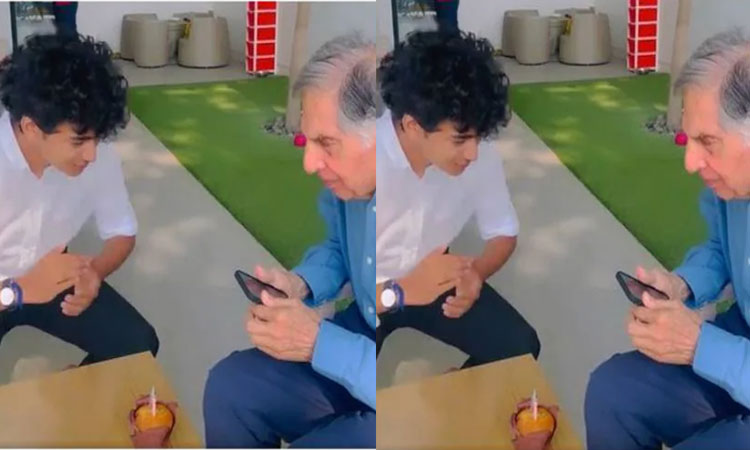 Shantanu taught him all he knows about social media, including the most up-to-date trends, jargon, emoticons, and hashtags. Ratan Tata’s Twitter account has a following of almost 5 million people.

Shantanu is in charge of Tata’s office administration. He even gives the seasoned businessman advice on other ventures the Tata brand should pursue.

Shantanu has also created GoodFellows, a “companionship firm” that promises to provide intergenerational connections similar to his relationship with Ratan Tata.

Read This: NeoCov Virus Is it new virus of Omicron Strain in India

By hiring young, educated graduates under the age of 30, the firm hopes to alleviate loneliness among the elderly by introducing them to the younger generation.

Shantanu’s book which is inspired by short memory of his life with Ratan Tata,” I came Upon a Lighthouse”. It was released last year and highlited the relation between the millennial shantanu and the octogenarian billionaire Ratan Tata.

He mentioned that when I first started getting to know Mr. Tata five years ago, my mother advised that I keep track of everything in a little red journal.

That one red journal eventually became into two, three red diaries, and I realised that my parents, as well as everyone who had heard about my stories and encounters with Mr. Tata, were eager to learn more about him. As a result of which, I believe it is worthwhile to convey this opportunity to others.

Shantanu Naidu and Ratan Tata are unusual fast friends who watch movies together like The Other Guys and The Lone Ranger.

It thus emphasizes that friendship has no bounds, regardless of age or generation. What’s supposed to happen will?