Will Russian President Putin and his Army Invade Ukraine 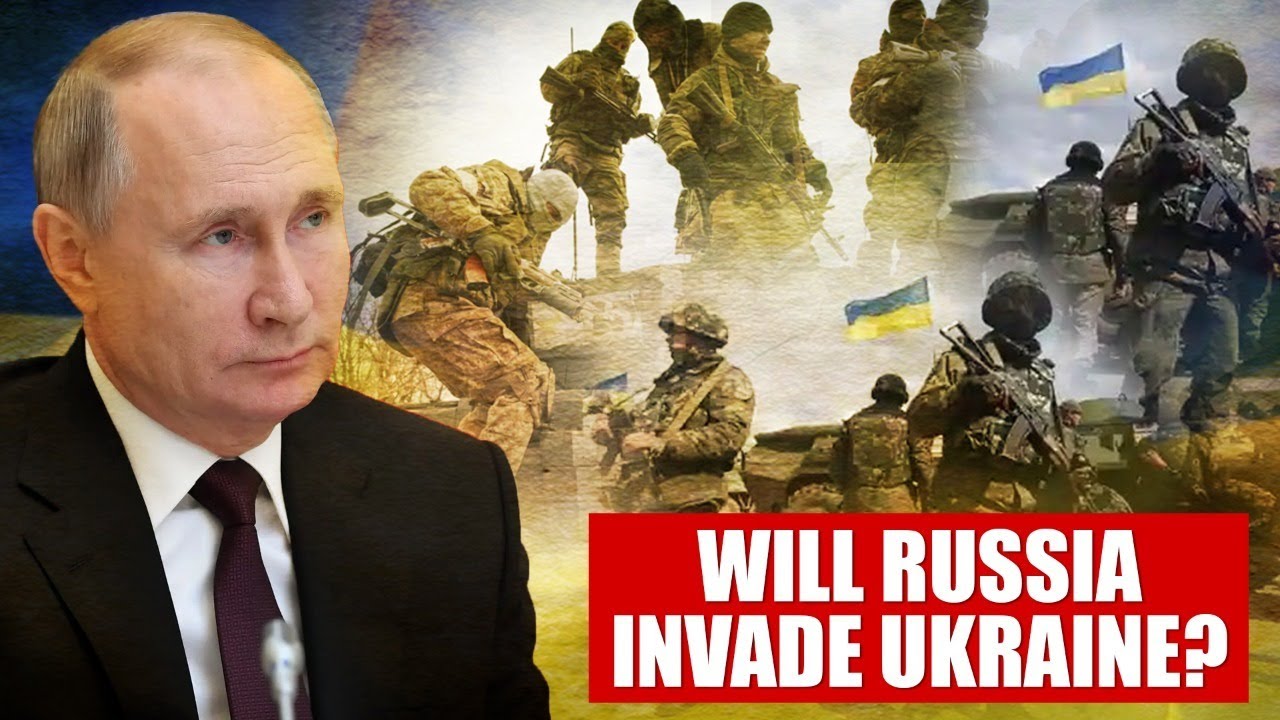 This winter, Russia President Putin stationed an estimated 130,000 troops near its border with Ukraine, heightening fears of an invasion. What happens next might put Europe’s overall security system in jeopardy.

Western governments have repeatedly told the Kremlin against another aggression, warning that it will face punishment if it assaults its neighbor.

In recent developments, Russia has claimed to be de-escalating the situation and released a video claiming to show sections of weapons and equipment and forces having left the annexed Crimea region.

With UK defense minister Ben Wallace claiming that the latest intelligence indicates that 60% of Russia’s soldiers, as well as significant naval power at sea, are still on the Ukrainian border. 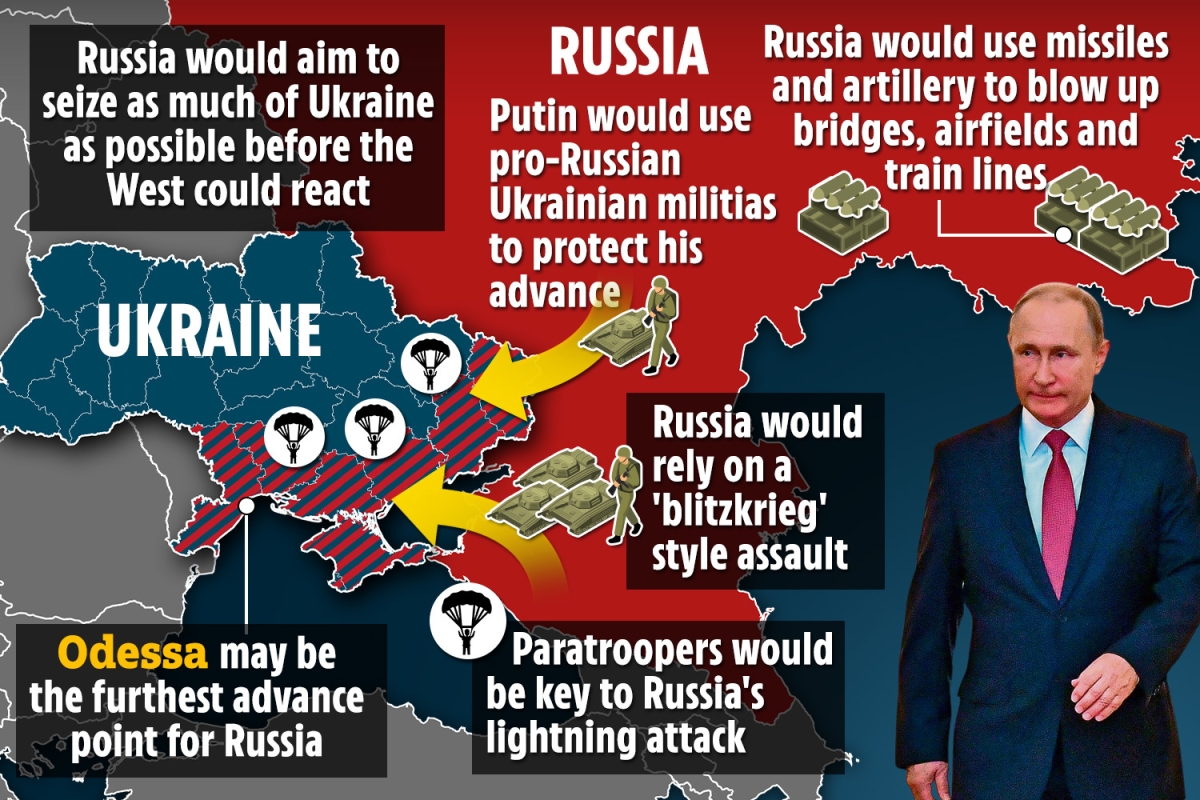 How severe is the attacking threat?

For months, the US insisted it had not taken a final decision. Still, on February 18, President Joe Biden stated he expected Mr. Putin had chosen to invade “in the coming days.” “Europe is a step away from war,” the Czech prime minister said.

Russia has stated unequivocally that it would have no intention of attacking Ukraine, which has 44 million people. However, it had done so before when it took Crimea in 2014 and supported a battle in Ukraine’s eastern Donbas province.

What is the scale of Russia’s military buildup?

Everything pointed to a “full-fledged attack,” according to Nato. And per the US, Russia has deployed more than 150,000 troops along Ukraine’s borders, including 40,000 more if Russian-backed separatists and Crimea are included.

As a result, “40 to 50 percent are in an assault position,” according to a US defense official, but Ukrainian President Volodymyr Zelensky believes there is no need to fear.

As military actions conclude, Russia claims to have withdrawn numerous units, while Russian servicemen who participated in training in Belarus have yet to return. Moreover, there is no hint of Russian de-escalation, according to NATO. 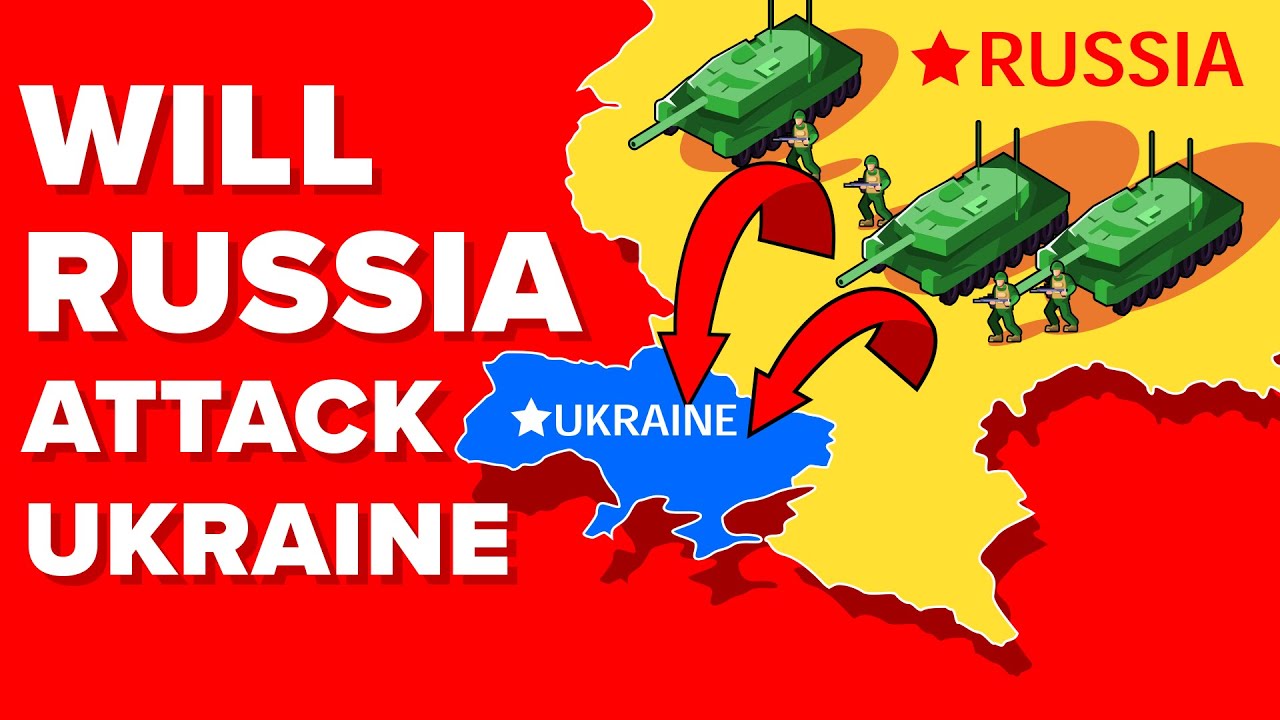 President Putin has stated that Russia does not need to go to war and is willing to negotiate and boost peace negotiations with France.

However, he reportedly warned “proper retaliatory military-technical actions” if his demands for “security guarantees” are not granted.

Russia’s rhetoric has also stepped up, and various instances have occurred that the West feels are sometimes used as a pretext for such an assault.

What is Russia’s motivation for threatening Ukraine?

Russia had already long opposed Ukraine’s accession to European institutions, including NATO and the European Union. So today’s main demand might be for the West to ensure that Ukraine would not join Nato, a 30-nation defensive alliance.

Both the European Union and Russia border Ukraine. As a former Soviet republic, it has strong social and cultural relations with Russia, and Russian is widely spoken there, although ties have deteriorated since Russia’s invasion in 2014. 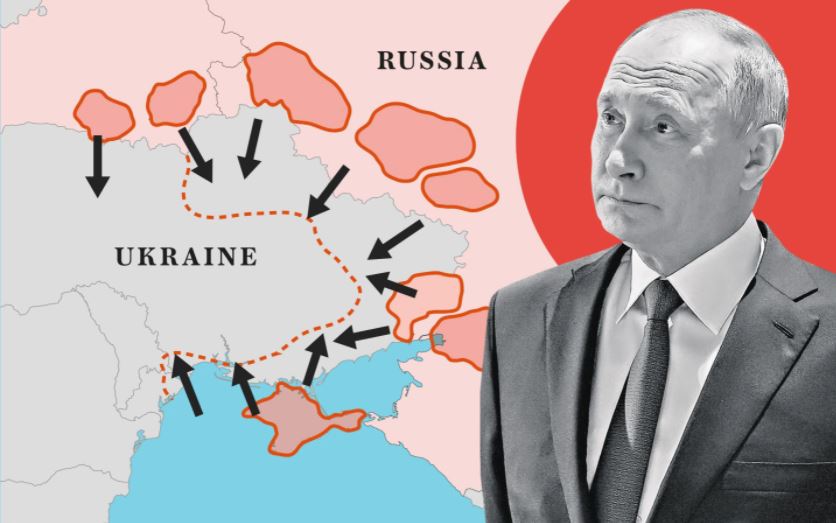 Since then, the insurgents have been fighting the Ukrainian military to take over 14,000 lives.

Russia has expressed dissatisfaction with implementing a 2015 Minsk peace agreement for eastern Ukraine. However, it’s been accused of being a part of the ongoing conflict.

What kind of strike may Russia launch?

Much of the focus is on eastern Ukraine, where ceasefire violations have increased along the front line, leading to the deaths of 2 Ukrainian soldiers.

“We expect them to attack Kyiv, Ukraine’s capital, a city of 2.8 million innocent inhabitants,” President Biden warned. “There is no Russian invasion,” Moscow has claimed, because if there is, Russia could mobilize soldiers in Crimea, Belarus, and along Ukraine’s eastern frontiers.

In the rebel-held east, an information war is already underway. Russia has falsely claimed that Ukraine has carried out “genocide,” mostly in the east. 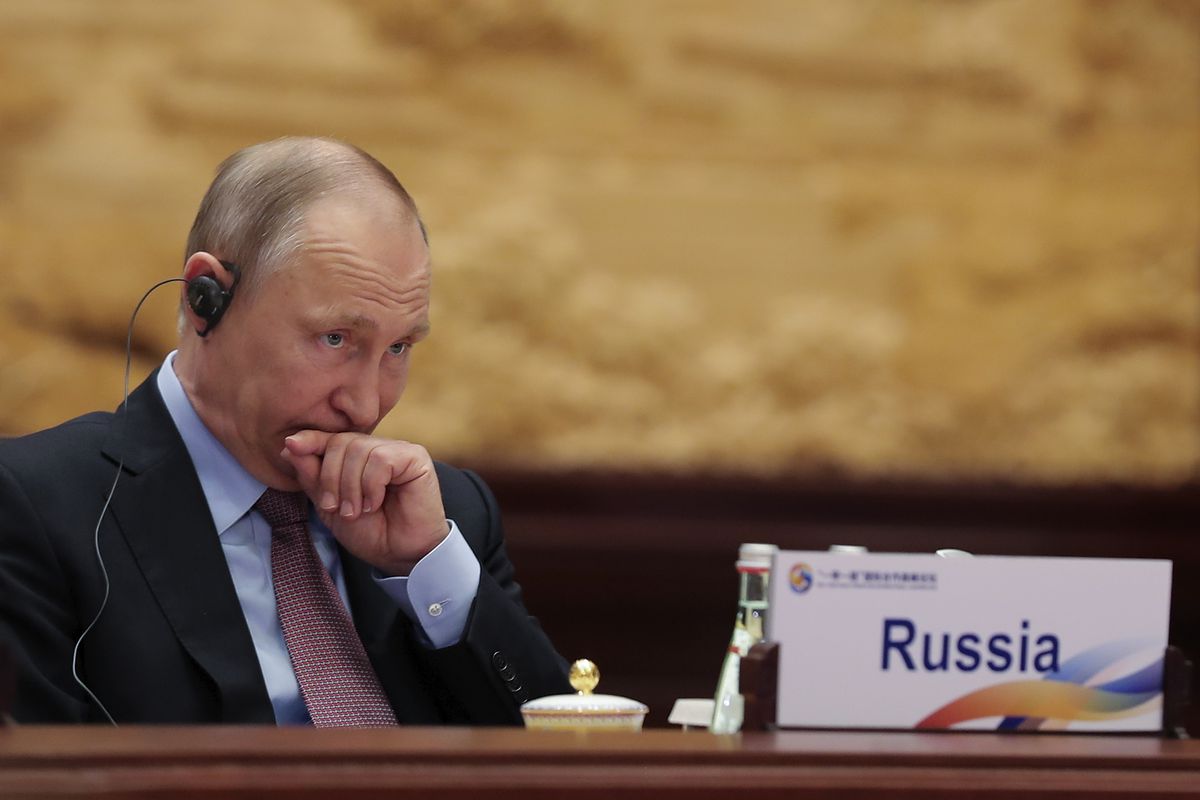 It has distributed 700,000 passports in rebel-controlled areas, so any action might be justified as safeguarding its residents.

The Russian military allegedly prevented a “diversionary reconnaissance” mission from getting into Ukraine.

According to the Russian defense ministry, the incident, which occurred at 03:00 GMT in Russia’s southwestern Rostov region, claimed the lives of five personnel. However, the accusation was denied by Kyiv as “false news.”

See This- International Mother Language Day: Need To Know All

The exchange took place just hours after the Kremlin dashed hopes of high-level diplomacy to resolve the Ukraine conflict, a day after Russian President Vladimir Putin and his US counterpart Joe Biden appeared to agree – in principle – to talks.