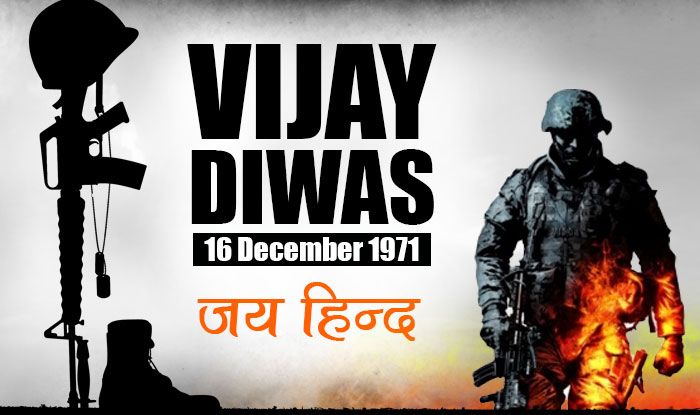 Vijay Diwas: Every year Vijay Diwas is celebrated on December 16 victory of the Indian defeat over Pakistan in the 1971 war, we celebrate 50th anniversary of Vijay Diwas where our Indian army conquer the Pakistan in War, which is establish in Bangladesh.

Why we Celebrate Vijay Diwas in India:

Today is the day for India when Indian soldiers showing their braveness for our country in the war 1971 and won over against Pakistan on 16 December, 1971 for the 1st time they are fighting for 13 days in that war.

After the war Pakistan army people unconditional give up to Indian army.

On that 16 December Pakistan major Amir Abdullah Khan Niazi surrendered the Indian army and Bangladesh. They have surrender everything Instrument weapons at Ramna Race, before it’s called Dacca, after victory Dhaka is the capital of Bangladesh.

After forswear of Pakistan army, the ‘Instrument of Surrender’ take on by Lieutenant General Jagjit Singh Aurora, now he is the commander of Indian army force. 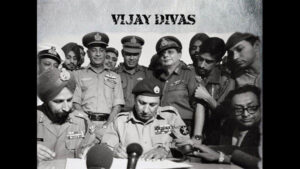 On that war Bangladesh was independence from Pakistan, from there we are celebrate this “Vijay Diwas” in every year of December 16.

Also Read- Is Bitcoin A Future Currency Of India?

After they have celebrated Vijay Diwas 2021 in Bangladesh, they have shared celebration picture on twitter.

Here is the picture and what they have wished on this Vijay Diwas 2021:

After that Prime Minister Narendra Modi also shared on Twitter:

On the 50th Vijay Diwas, I recall the great valour and sacrifice by the Muktijoddhas, Biranganas and bravehearts of the Indian Armed Forces. Together, we fought and defeated oppressive forces. Rashtrapati Ji’s presence in Dhaka is of special significance to every Indian.

Rajnath Singh who is Defence Minister of India , He was remember of this War and shared on Twitter:

On this conclusion, we are proud to be an Indian and We should respect Our Country and also Indian army. because of  them we are safe at our house, they are serving our nation with brave and pride. Thank you INDIA ARMY.